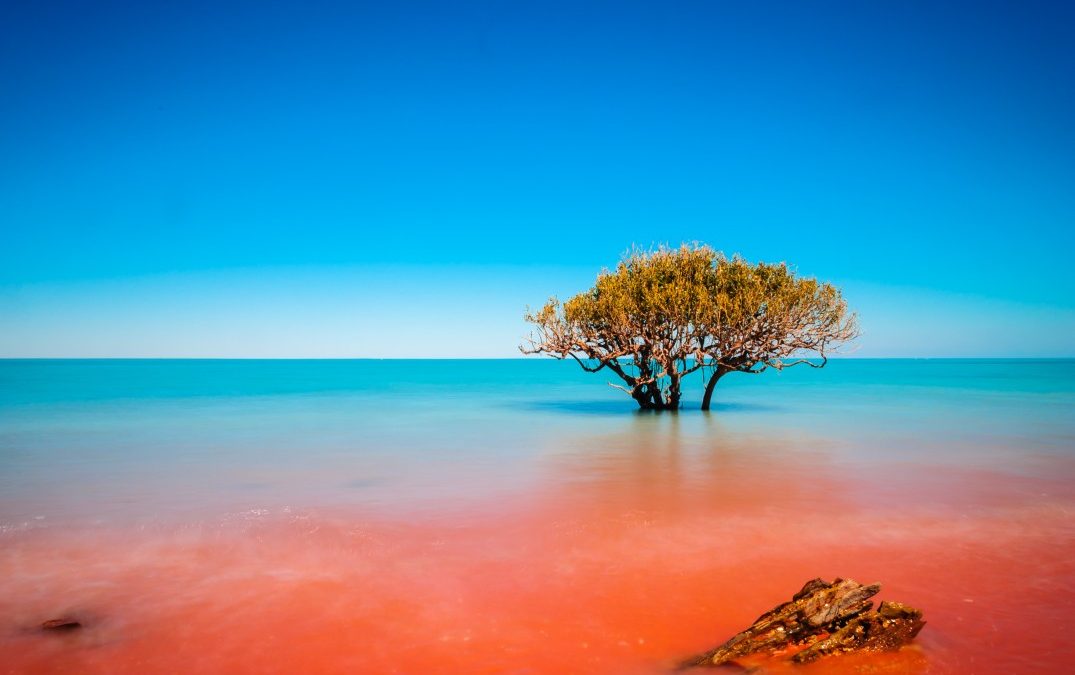 Having originally come from a cattle station in central QLD, agriculture and cattle farming wasn’t new to me when I was first introduced to the carbon farming industry. I was already 5 years into my professional career as an environmental scientist and advisor, working mainly in the resource mining sector. Considering I didn’t do too well at chemistry in UNI, I essentially didn’t even properly understand what carbon was or how it worked in conjunction with agriculture and the landscape. When I took on my first job as a carbon farming officer, it changed the course of my entire career, and it was an experience I’ll carry with me for the rest of my life.

I had a swag, hilux and DR400 motorbike and went from station to station, from Cobar in NSW to as far north as Winton, QLD. My job was to ride through the thousands of hectares of mulga country, assessing the vegetation for regeneration potential. I camped out every night by myself, under the stars around the fire and rodefrom sunrise to sunset, every day. In that 12-month period, I saw a lot of country and talked with the local landholders and for the second time, I fell in love with agriculture, it’s people and the concept of regeneration.

Six years later and I now run my own carbon farming company, chasing carbon country all over Australia. To me, this has been a dream come true…and I feel like I’m making a valuable contribution to the world while following my heart. For this reason amongst many others, I want to tell you why I believe the carbon industry will change agriculture, the economy and our own health, all for the better.

What goes up, must go down. That’s the saying referring to carbon dioxide (co2), a natural gas that fills our atmosphere, primarily helping to trap heat around the globe. When too much goes up from volcano eruptions or large bushfires, the phytoplankton in the ocean or tree growth on land helps to draw the co2 back down and store it as carbon, keeping the earth’s temperature within liveable conditions. This process has been happening for millions of years before us and will continue to occur for millions more. However, we have clearly disrupted this natural process by putting far too much co2 into the atmosphere over the years. This has led to dramatic global warming and changes in weather patterns due to the extra trapped energy in the atmosphere. That forms the basics of the science behind climate change, and it is clear if we don’t do something, most of the earth will become so disrupted it will become uninhabitable in some areas.

For a long time, agriculture has been partly to blame for climate change, especially if you listen to the mainstream media. Methane emissions from cattle, erosion of riverbanks and the decline of wildlife can all be attributed to global agricultural expansion. For a long time, that was also the environmental science narrative, it’s what I was taught in university anyway.

On my travels into the QLD outback, I met a now good mate and mentor, David Ward. He introduced me to another way of farming, a solution that is not only counterintuitive to what I had been taught but helps reverse any damage caused to the natural ecosystems. It was a method they were actively implementing at the time on their aggregate of cattle properties across NSW and QLD.

Sitting around an old wood stove one night waiting for the kettle to boil, he talked about how large animal herds have naturally migrated in the past. From the millions of bison that roamed the north American plains to the elephants of Africa, they all played a key role in the carbon cycle and land regeneration. He talked about how their hoofs broke up the compacted ground slowing surface water run-off and therefore topsoil loss when it rained, all the while helping stimulating seed germination and dispersion. He talked about how they fertilised the ground with urine and dung, increasing the nutrient capacity in soils and how they grazed intensely for short periods of time due to being chased constantly by predators like wolves.

Then he asked me a simple question, how are cattle any different?

Therewithin lies the principles of regenerative agriculture, all it is and aims to do is mimic what happens in nature. Basically, what we have done on a worldwide scale in traditional agriculture is build fences and put stock in them semi-permanently, preventing that natural herd movement from occurring.

Regenerative animal agriculture is a major part of the climate solution through the safe storage of carbon in landscapes. This in turn helps produce more pasture for agricultural productivity by improving nutrient cycling and increasing water holding capacities for drought resilience. It can simultaneously reverse climate change and increase land productivity.

Now we can measure that carbon then sell it on the market, which is currently like mining and selling gold. Spot prices for a carbon credit are going beyond $50/carbon tonne in Australia, an over 300% increase from this time last year. Each station, whether they farm animals or plants is sitting on a carbon gold mine, just waiting for the potential to be unleashed. The multiple benefits I have seen that have come from a simple change in management that makes a carbon project eligible is phenomenal. From rotational grazing to building more fences and putting in more watering points, the changes aim to implement regenerative agricultural methods and add value to your property, not devalue it.

Furthermore, reducing financial stress in families and business’s is key to maintaining a healthy lifestyle. I saw this at play in the peak of the 7-year drought Australia recently endured. When the carbon credit money came rolling in for a fifth generational farmer who had started a carbon project on his land, he said to me with a tremor in his voice, ‘it saved me from staring down the barrel of my shotgun’.

If you’ve been sitting on the fence about looking at the feasibility of a carbon project, now is the time to reassess. As with any industry, over time it improves. Maybe you have heard that country isn’t managed properly for fire, thinning or weeds. To get the best outcome for all parties involved, you must manage land, the rules are changing that allow for more flexibility in methods. The extra finances allocated to each project through the carbon will also attract more employment opportunities, helping to keep rural communities alive.

The carbon industry isn’t about to boom, it is booming now…and will become the next form of mining. Co2 is a natural resource, a commodity like any other…like gold or oil. If we can successfully mine it from the atmosphere and store it safely in our oceans, forests and soils like carbon farming methods aim to do, then we are not only effectively mitigating climate change, but we have created the next global gold rush…and agriculture is the only industry in the world that can provide that solution.

No comments to show.